Apple’s newest mobile phones comes in the form of the iPhone 6s and 6s Plus. These upgraded models, launched at the latest Apple press conference, are scheduled to be released to the public at the end of September 2015. To date, the new devices has received rave reviews and has been lauded for its significant upgrades and improved features. When initially released, the new iPhone 6s and 6s Plus will be available in only a number of countries which include Australia, the United States of America and the United Kingdom. Consumers are able to pre-order the devices online or at Apple Stores from as early as September 12, 2015. The iPhone 6s and 6s Plus boasts features that include 3D touch, increased processing speed, iSight camera, twelve megapixel rear camera, optical image stabilization and battery life that exceeds fourteen hours of talk time. Most notable in the design of the new iPhones is the use of the new iOS 9 software. 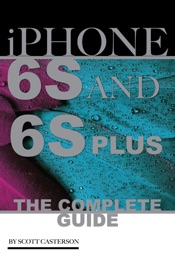