The Nikon Corporation has launched a new digital camera to the market. Since its inception in the early 1900s, the Nikon Corporation has made tremendous strides in its field; producing some of the trendiest and most efficient pieces of photographic equipment in the market. The new release comes in the form of the Nikon D5600 camera. Launch in mid 2016, the new mid-range device boasts feature like those of the previously released D5500. It is also among the latest in the company’s line of D5 DSLR cameras. The camera is outfitted with the basic D5 features that include a 24.2 megapixel CMOS sensor, the EXPEED 4 processor, a fully articulating interactive LCD screen as well as Wi-Fi, NFC and Bluetooth wireless capabilities. The device also sports features such as ISO sensitivity ranging from 100-25600, maximum image resolution of 6000 by 4000, Continuous shooting of up to 5 framers per second and full HD recording of up to 1080 pixels. 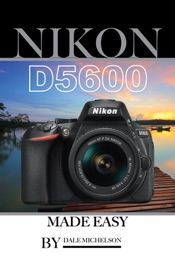